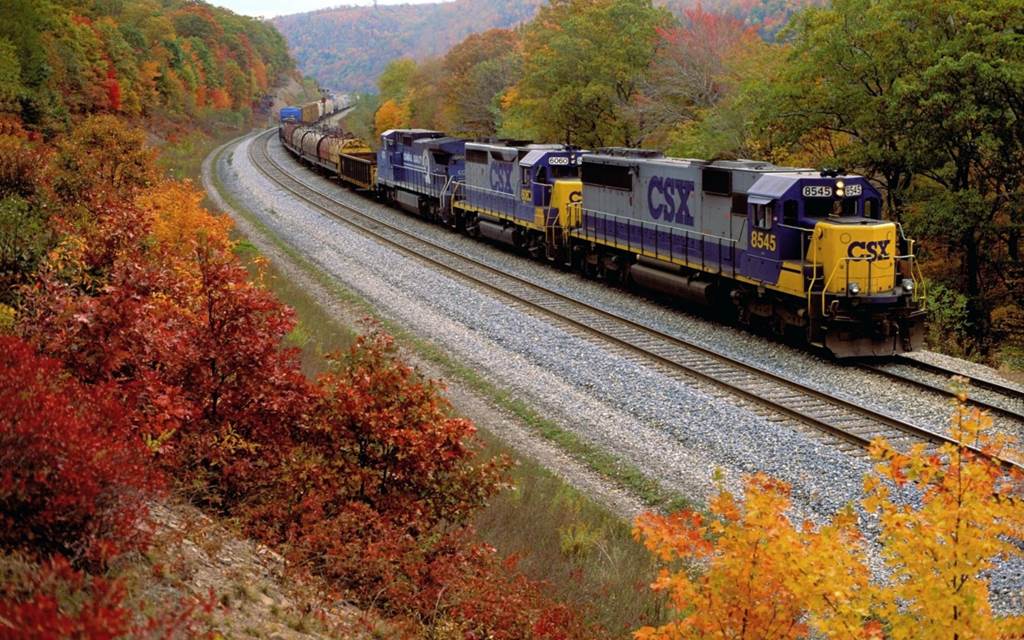 Allen Goff, Vice President – Sales and Marketing, Pandrol USA, looks at the challenges facing heavy haul railways and why getting the fastener specification right from the start is all important.

“Heavy haul railways are generally found in areas with high concentrations of mineral deposits, which tend to be in some of the hardest to reach, most inhospitable areas of the world. Railways that travel through this difficult terrain, where temperatures can vary between +40°C and -40°C and tonnage transported can be in excess of 200 mgt/annum, which requires a rail fastening that is able to meet these challenging conditions.

Many heavy haulage railways are also having to cope with increased tonnage as commodity prices and world volumes recover from the low of a few years ago. Set against this background is the fact that many heavy haul railways were constructed at a time when there was less demand for minerals and therefore reduced tonnage shipped. In the USA, for example, the heavy haul freight network uses alignments that were set out in the 19th century and some places still has wooden sleepers and ‘cut spike and anchor’ fastenings.

The growth in tonnage on some railways has resulted in premature deterioration of the track geometry and issues with the fastenings, particularly if these have been incorrectly specified originally.

In these kinds of situations, which by their very nature are in remote, difficult to reach places, a fastening system is required that needs minimum intervention and will perform over the long term.

Two hundred million tonnes per annum is not unusual for a railroad to carry, compared with around 20m tonnes per annum in non-heavy haul applications. Even on heavy haul railways, the actual tonnage shipped far exceeds that which the track systems was originally designed for, which places increased stress on the track, fastening and sleeper system. With this much greater tonnage to carry, it could be expected that maintenance or replacement of fastenings would be required much more frequently. When replacing an existing fastening system it is therefore important to identify a low maintenance fastening solution that can withstand the rigours of modern heavy haul traffic.

When it comes to fastenings on heavy haul, the cost of maintenance and replacement is low compared to the cost of labour and track closures.  Most heavy haul track operators plan to replace small track components only when other maintenance work, such as re-railing, is being carried out.  Considerable savings can therefore be made by ensuring the life of fastening components exceeds the lifespan of the rail.  This, however, becomes more challenging as rail lifespans and tonnage carried are extended.  The major US heavy haul railways are now expecting rail to last for 3 bn tonnes of traffic in tangent track.   Therefore the net savings from investing in durable fastening components can soon be recouped.

High traction forces can cause longitudinal track stresses and therefore affect the specification.  In non-heavy haul applications, once track has been designed to cope with forces due to thermal expansion and contraction, the maximum expected braking forces will then by default be strong enough to withstand the applied traction forces.  However, in heavy haul applications with higher traction forces, this can induce track failure.  This first of all manifests itself in uneven movement of sleepers, which become skewed and displaced relative to the rails and the ballast.

The solution to this problem lies in the design, construction and maintenance of a high quality track bed and in special attention being paid to the specification of rail fastenings with appropriate longitudinal shear elasticity.  Tests on different types of rail pad have demonstrated quite different performance in terms of mitigating the effects of high traction forces.

The third factor affecting specification of fastenings is brought about as a result of most heavy haul railways being proposed by mining companies, not established railway operators.  The railway therefore becomes part of the mining project because it is the most economical and reliable way to move bulk commodities from source to consumer.  In most cases, the design, build and even operation of the railway is put out competitive tender in the same way as any other capital investment.

This should require a specification of technical performance of the heavy haul track, however there is no established technical standard that takes into account the kind of factors that affect heavy haul railways.  In practice, simply adopting technical specifications from one railway and applying them to another in a different part of the world is rarely sufficient.   The heavy haul railway industry does have a strong record of sharing technical knowledge through organisations such as IHHA, which has helped to develop best practice which can be exported to new and more challenging projects.  This is helping to shape the specification of the fastener to ensure it meets that particular market’s challenges.

The location of heavy haul railways are often in extremely harsh climates, due to the fact that mineral deposits, especially iron ore, are exploited in ever more inaccessible places.  This can present a challenge to the materials being used in rail fastening systems. Steel and concrete function well in extremes of climate, but for other materials, such as plastics, this can prove a challenge. Plastics are widely used within the rail fastening system to provide electrical insulation, resilience and sometimes sacrificial wear elements,

The other challenge caused by climatic factors is labour. A great deal of manual labour is still involved in track construction and maintenance, therefore there is a drive towards introducing more automation and to extend maintenance intervals because of the human factors that must be taken into account with inhospitable climates.

One heavy haul railway which has helped to shape the specification of heavy haul tie plates was Norfolk Southern Railways.  For this project, Pandrol worked with Norfolk Southern Railways to pioneer the development of a standard asymmetrical 18” tie plate in locations where reverse rail cant was an issue.   The railroad used timber ties, but all the tie plates available at the time on the market with elastic fasteners had a smaller footprint.   The challenge was driven by higher locomotive horsepower, dynamic breaking, more MGTs per year, larger rail sections and tie strength variation, which when combined meant a new specification was needed for a heavy haul tieplate design.

Pandrol introduced the VICTOR plate, which had the same footprint as a standard asymmetrical 18” AREMA tie plate and incorporated a cast swaged-in shoulder that utilised a standard Pandrol e-clip to secure the rail to the plate. The VICTOR plate is designed to accommodate high axle loads on wood ties.

The location was in a 6.0 degree curve (290m radius) on a 0.09% grade with a 3.5% (90mm) of super elevation, which carried mainly coal trains totally around 40 MGT annually.   Pandrol VICTOR plates incorporated the use of cut spikes to secure the plate to the ties on this primarily cut spike railroad.  The VICTOR plate was monitored and found to perform well with respect to reduced tie plate cutting and gauge widening, which lowered maintenance  requirements for this curve.

Norfolk Southern railways has specified the use of Pandrol’s VICTOR plates with screw spikes for bridge applications too.  To date, Norfolk Southern Railways has installed over 3m VICTOR plates.  These plates have proven to be beneficial in reducing plate cutting, reverse rail cant and gauge widening conditions, as well as providing rail roll-over restraint.  By addressing these factors, the rail operator has been able to reduce maintenance costs and increase efficiency.

So it is clear to see that rail fastenings require enhanced performance to be able to withstand the axle loads and curvature that can lead to issues such as reverse rail cant and the need for ongoing maintenance.   Heavy haul operators are increasingly seeking the use of fastenings that allow for high output mechanisation for installation and maintenance that delivers lower installation costs for contractors and repeats those efficiencies in stressing operations, re-railing and rail maintenance activity throughout the life of the fastening system.

Innovation in this sector has led to solutions that overcome many of these problems and help railways to achieve lower maintenance and longer lifespans for their fastening systems. 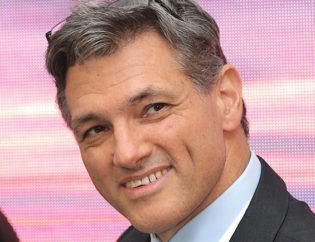 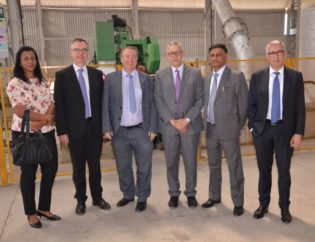 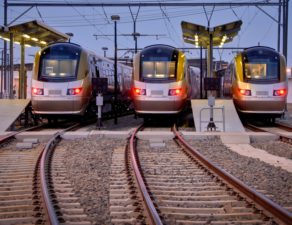 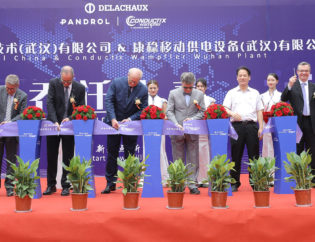 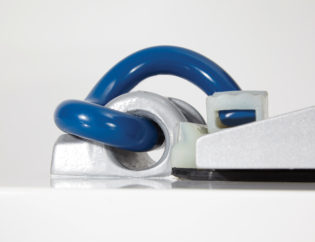 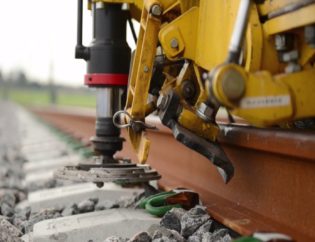